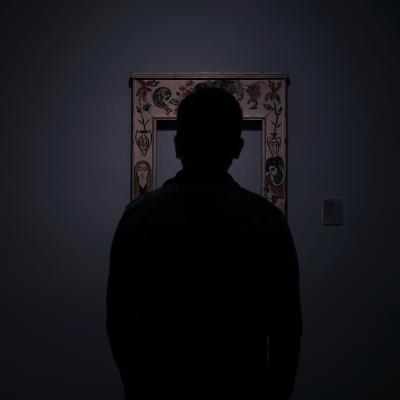 Double Exhibit at the Picasso Museum

"After all, the arts are one. We can paint with words, just as one can paint sensations in a poem " (P. Picasso)

This autumn, the Musée Picasso is offering its visitors two exhibitions devoted to the study of the links between the artist's works and other art forms, in particular comic books and poetry.

The period of Picasso's birth coincides with the birth of modern comic books in the United States. This first tour will allow you to discover Picasso's taste for comics, thus restoring a little-known part of his visual culture, largely influenced by contemporary popular sources.

You will also discover the image of Picasso represented by several modern and contemporary artists. Indeed, throughout the twentieth century, Picasso became a real comic book character, he lives in the worlds of Gotlib, Clément Oubrerie, Reiser or Art Spiegelman. Moreover, his works were taken up or evoked by different authors, such as Hergé or Milo Manara, often with admiration, sometimes with humor or irreverence, thus creating a true imaginary Picasso museum.

The exhibition "Picasso the poet" shows the importance of poetic writing in Pablo Picasso’s creative process. The artist produced more than three hundred and forty handwritten poems of great graphic beauty. It allows us to see the close links between writing and painting, and to measure how much, in Picasso's case, the complexity of the work carried out on the text, echoes the pictorial process.

The autobiographical content of these writings - a real "sensory and sentimental diary" - evokes the historical context and reveals the rich personality of the artist. The exhibition explores the sources and genesis of Picasso's relationship to poetic writing, the thematic correspondences between his texts and his paintings, and the extraordinary inventiveness that shaped this verbal paste with as much freedom as other artistic media.

On display until January, 3rd 2021, open from Tuesday to Sunday from 9.30am to 6pm. Reservation is mandatory.