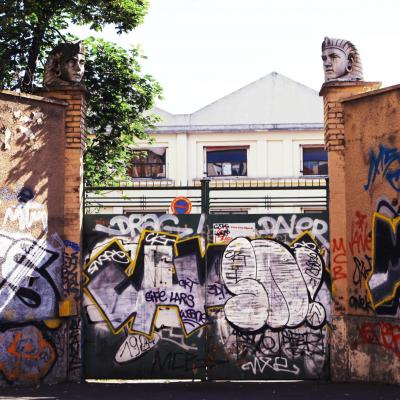 A fiftieth anniversary event. In 1964 British designer Terence Conran launched his first Habitat store in London’s Fulham Road, signalling a new approach to interior design. Fifty years later, Habitat 1964 opens in a courtyard in the unique setting of the St. Ouen flea market. In a former chandelier factory on the outskirts of Paris, deliberately left undeveloped, you can find funky and fascinating furniture and accessories from the decades since 1964. A vintage space and a retro buff’s bliss. At the other end of the courtyard, a white brick building houses a branch of one of the top fashion retail boutiques in Paris, L’Eclaireur. Offering home design, but also clothing, these are the careful selections of Martine and Armand Hadida, founders of L’Eclaireur. When you get an appetite from all the browsing, you can treat yourself to the sweet or savoury pies and other tempting offerings provided by the Café Kluger. Then why not enjoy a pleasant stroll and go bargain hunting in the nearby Serpette and Paul Bert markets?JR.