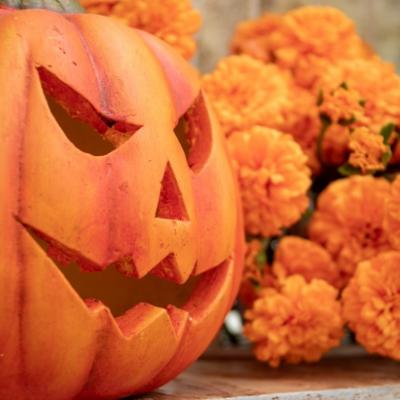 What to do in Paris for Halloween ?

The Catacombs , an emblematic and mystical place of the capital, it fascinates at the same time that it frightens with its hundreds of corpses stored at more than 20 meters under our feet .

This ossuary houses the skeletons of poor Parisians displaced here after the Cimetière des Innocents, then located in Les Halles, collapsed in 1777.

The bones were moved to another underground quarry , under the orders of the King . Today much visited, the place is a must see in Paris if you want to scare yourself.

34 minutes from Fabric Hotel by car

The Manor of Paris

One of the most frightening places is undoubtedly the Manor of Paris. The capital’s most scary attraction welcomes you  this fall season, so  come and enjoy yourself in this Parisian building that has nothing to envy to Disneyland’s well-known Haunted Manor.

20 minutes from Hotel Fabric by transport

A bit of history: The Père Lachaise cemetery is the largest Parisian cemetery and one of the most famous in the world.

Located in the 20th arrondissement of the capital , it is particularly famous for housing many personalities . Come and meditate on the grave of Jim Morrison, Oscar Wilde or Edith Piaf. And maybe you’ll see the ghost of one of them?

20 minutes from Hotel Fabric by transport

Free access and open everyday from 9 am to 6 pm .

The Rocky Horror Picture Show : From Movie to live show

Did you like the cult movie The Rocky Horror Picture Show? Come and rediscover it in its theatrical form with actors who will make you relive moments of the movie in augmented version .

Come  to laugh, be scared and sing every Friday and Saturday night at

30 minutes from Hotel Fabric by taxi

The exhibition Vampires , from Dracula to Buffy

Are you a fan of vampires and other evil monsters? you’ve read and seen a tons of books and movies featuring these attractive yet terrifying bloodsuckers?

Well , we found the perfect exhibition for you here at la Cinématèque Française .

On the program : we review the appearance of these mysterious creatures in literature , old and more recent cinema and comic books over the decades.

We learn from an historical point of view by going through the mythology around vampires . Everything is set in an atmosphere worthy of an old horror movie .

Exhibition Vampires, from Dracula to Buffy

at the Cinémathèque Française,

30 minutes by transports from Hotel Fabric Line 6 and 9